The programme of excavation and field survey at Noviodunum, which began in 2005, continued in July 2006 and ran for eight weeks. One of the major aims was to excavate the wall found in the previous season on the south-facing slope of the fortress near to the SW corner of the Ottoman fort, within the Roman defensive walls in the anticipated position of a tower (Area 1).

At the end of the 2006 season the trenches were back-filled to preserve the integrity of the deposits. In 2007 it is hoped that the excavations will resume in both areas, as well as at a selected rural site in Noviodunum’s hinterland. The latter was identified during the field survey and will be examined in order to clarify its nature, and to provide pottery assemblages for comparison with the surface and excavated collections. 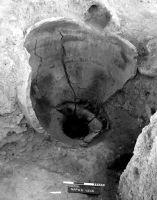 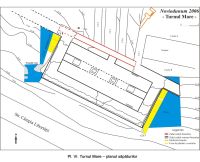