A total area of 109 m2 was uncovered, on which were 10 archeological complexes were discoveried by opening two sections (SP, SR) and four panels (cas.A68-A70, cas. B38). The target of excavation were the specific objectives: the defensive-system and the early-medieval settlement.
Seven archeological complexes from three historical epochs were discoveried on the surface of only 32 m2 of panels A68-A69. This real stratigraphic sandwich confirms three things: a)the medieval-early settlement extended to the NW; b)as well as the existence of a late-medieval archaeological layer destroyed by agriculture; c) that both layers crossed a late – antiquities layer. The imprint of a surface construction, a storage- pit and a lime-pit belonged to a late-medieval layer. Eight coins dated this layer in 16th century.
A hut, a household-oven and two storage-pits dated in 9th century were uncovered into early-medieval layer.
From the late antiquity and the VI-VII centuries, the defense ditch, the palisade, a deep complex and a ritual pit were researched. 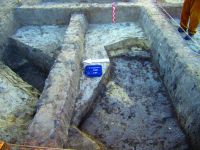 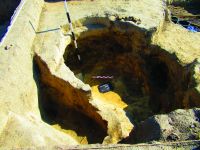 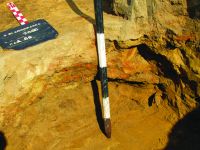 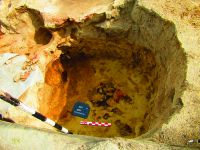 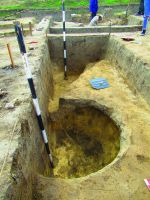 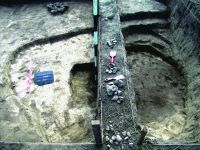 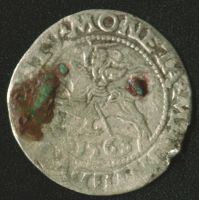 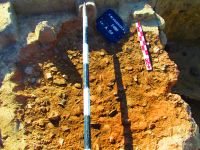 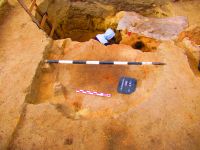 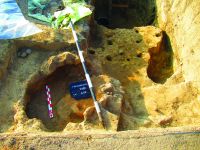 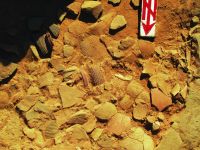 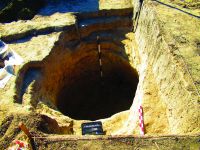 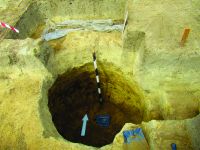 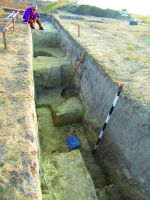